“Crypto will make as great of a contribution to your personal freedom as the invention of the printing press, the personal computer, and the early Internet.”

In 2017 my curious interactions with crypto currencies evolved into a full blown obsession. At the beginning of the year I owned a few Bitcoin and Ether, and had made a few early stage investments in crypto-focused startups at my venture fund. By the end of the year I was all in: completely focused on crypto and raising a $100 million crypto-focused hedge fund.

This was either a profound career change, or not, depending on how you look at it. I’ve been involved in “technology” since I left law school at 25. First as a lawyer for startups. Then as an entrepreneur, followed by founding TechCrunch and, most recently, as a venture capitalist.

Obsessing over crypto/blockchain startups and currencies isn’t just a small course correction in a long career in technology. It’s a profoundly different thing that I’m doing, a hard break from the past.

And this is just the beginning. For real. Focusing on crypto today is as different from what came before as focusing on the Internet in 1995. People really thought Netscape, Amazon, Yahoo, Google and other 90’s startups were little more than toys back then - not real tech at all - and many investors balked at the notion of investing in those cute hobbies. The entrepreneurs and investors that thought the Internet was the future are the tech leaders we all know and love to hate today.

Sometimes the people laying the groundwork for the revolution aren’t even aware of how big their ideas can get. In late 2005 I had a BBQ at my home in Northern California. It was the first of many TechCrunch BBQs, and YouTube co-founder Chad Hurley was there. YouTube was a few months old at that point. It was unquestioningly a popular website, but it was burning cash like crazy. Investors weren’t that excited about pouring money into that fire, and it wasn’t clear YouTube would survive long.

I asked Chad what he’d do if YouTube didn’t work out, and it wasn’t a rude question. He was less than sanguine at the time about YouTube’s prospects. He had ideas for different startups if/when YouTube closed down. A year later Google acquired his company for $1.65 billion. Today, YouTube is a huge contributor to human culture, such as it is.

Crypto today is like the Internet in 1995 (a tired argument, I’ll admit), or like YouTube in 2005 (very cool, but perhaps doomed). Very few of us take it very seriously. Obviously, I take it seriously. I’m not just armchair prognosticating,  I’ve staked my career on it.

But, WHY do I believe this?

It’s hard to imagine a world different than what we currently have. All of our lives (and our parents’ lives, at least) we’ve lived in a world of fake money. Fiat money, with no underlying value, is effectively forced on us by the State with its monopoly of violence. Money is what the government tells us it is, and we’ve become accustomed to it losing value every year because economists tell us that some inflation is actually good for the economy. In some countries, inflation has become so intense that entire economies have been lost. In others, the pernicious nature of steady, unrelenting inflation is to simply steal, little by little, everything that its citizens have ever saved.

Our ancestors, who understood that fiat currencies always (always!) fail would be horrified by our complacence. The gold standard was ditched when governments realized that they only way to fund war was through inflation, and the only way to inflate was to make sound money unsound. Fiat money means war. War means fiat money. The belligerents in WWI realized that to wage total war they had to leave the gold standard behind. They were able to take control of their entire economies with massive inflation. The era of total war began, and the era of sound money was over.

If you look at all sources of human misery in the 20th century, the misery caused by states dwarfs all other sources combined. States cannot be trusted with absolute power, and power over money is their best weapon in controlling people and spreading misery. No country today would dare create hard money again. To do so would be to threaten the world order, and it would not be tolerated by other countries.

So if competition among States will not create hard money, what will? Technology.

Bitcoin is more “gold” than gold is. It is the most perfect money ever conceived. I could go through the arguments made by others, but if you want to go to the best arguments I’ve read for this, buy a copy of The Bitcoin Standard by Saifedean Ammous. It’s mostly a history of money, and a fantastic read.

I could go on and on about the wonders of Bitcoin and other decentralized cryptocurrencies, but I won’t. That’s not the way to win more people over.

I speak at a lot of crypto conferences, as you might expect. But I also attend a lot of more general technology and investing conferences, and I listen to what people have to say about crypto. Remember, maybe 50 million people own cryptocurrency today. That’s less than 1% of the world’s population. The other 99% of the world are still figuring it out.

What do those people think of us? They see us as religious zealots, who never stop talking about our gods. It’s like the joke “How do you know if someone’s a vegan? They tell you within the first 2 minutes of meeting them.”

The same goes for those of us in crypto. We just never shut up about it. And when we get going about sound money, and the idea that fiat money = misery, therefore cryptocurrencies = freedom and happiness, it just sounds insane to them. Like Internet people sounded in 1995, when all most of us could do was download Netscape and go check out Yahoo and its directory of random crap. We couldn’t yet imagine what would come next, and I imagine anyone hearing Jeff Bezos talk about the future would have thought he sounded a bit ridiculous. Don’t forget, even Bill Gates at the time said “The internet? We are not interested in it.”

These smart people just don’t want to hear about the religion of crypto anymore. They want to see the reality of what it can do. And for that, it will take time.

And if the religion of crypto is annoying, even more annoying are the religious schisms that abound. As crypto currency believers we should be at least trying to show the world that we aren’t insane. Instead we spend far more time tearing each other apart than we do building each other up.

Imagine someone interested in learning more about crypto dipping their toes into crypto-Twitter, or the crypto channels on Reddit. This happens, and they flee as fast as they can.

The way crypto people talk to each other, the things they accuse each other of, really isn’t seen anywhere outside of religious fights or political discussions in the U.S or Europe.

I know so many good people working on crypto projects. Hard working people that want to make a dent in the universe. They go home each night to their families, give to charities and coach their kids sports teams.

And then crypto-Twitter accuses them of being monsters, because they work on a different crypto project than the one someone is currently supporting. The animosity, the outright hatred of those daring to work on projects competing with your own cherished version of crypto, is outrageous.

Yes, there are bad people in crypto. They pop up anywhere there is money to be made. They lie, cheat and steal. But those are the obvious fraudsters. They aren’t the founders of competing ecosystems, or the developers, or any of that.

People are experimenting, trying new things, seeing if their spaghetti sticks to the walls. They aren’t bad people, they are humans doing human things.

And some of these experiments are grand! Beyond Bitcoin we have Ethereum, the platform that has shown what smart contracts can do and which is now getting a second wind with decentralized finance. Or Ripple, experimenting with the use of XRP as a payments platform for cross border payments, trying to speed up those transactions while cutting costs dramatically. Or any of thousands of other experiments being conducted by smart people trying to do their own thing.

Crypto is and should be a big tent, allowing all comers, and we need to give way more credit to those trying new things. If an experiment is a fraud, it will be a fragile one and will not stand the test of time. Raging on Twitter isn’t going to expedite that process, it only makes people look unstable. And it drives people away, slowing the adoption of crypto planet-wide.

Being a vicious critic may give someone a moment of happiness – a small dopamine rush – as other negative people like the snippy remarks. But like The Man In The Arena, criticisms mean little. Make something better if you can, and dare to fail:

“It is not the critic who counts; not the man who points out how the strong man stumbles, or where the doer of deeds could have done them better. The credit belongs to the man who is actually in the arena, whose face is marred by dust and sweat and blood; who strives valiantly; who errs, who comes short again and again, because there is no effort without error and shortcoming; but who does actually strive to do the deeds; who knows great enthusiasms, the great devotions; who spends himself in a worthy cause; who at the best knows in the end the triumph of high achievement, and who at the worst, if he fails, at least fails while daring greatly, so that his place shall never be with those cold and timid souls who neither know victory nor defeat.”

In 2010, near the end of my tenure at TechCrunch, I wrote what is with hindsight perhaps my most cited blog post - Are You A Pirate? It describes the craziness, joy and freedom that comes with being an entrepreneur. The lopsided risk to reward payoffs that are ignored because of the sheer rush of trying to change the world, however you define it.

This same joy of creation applies to crypto, and the manic spread of new ideas is a wonder for me to behold. Like the Internet, crypto currencies and other blockchain experiments can be used for good or evil. I am part of this community to help shape it towards my idea of what good is - human freedom and happiness, free of the shackles of the state and all the misery that those shackles bring.

If you also feel that urge to help shape what crypto will become, embrace your inner pirate, and walk into the arena (to mix metaphors!). The very best thing about crypto is that absolutely anyone can participate, and succeed, without access to gatekeepers.

It’s an exciting time to be alive.

Winter is over. Spring is coming. This upcoming decade, a decade of crypto, will empower the individual as it weakens the power of the state to wage war and spread human misery. Embrace the liberty. Embrace crypto. 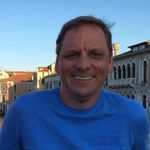