I worked at Coinbase from 2014 to early 2019. Over that period, I saw the company grow from a small startup with a few dozen employees and a few hundred thousand customers to a multinational operation with almost one thousand employees and tens of millions of customers worldwide. If there is a defining cultural trait that was responsible for that success it was the company’s pragmatism.

This is not a word typically associated with cryptocurrency. From the perspective of crypto natives, pragmatism means compromise and is in opposition to what crypto stands for: rejecting the centralized fiat status quo completely and replacing it with a superior, transparent, mathematically pure, decentralized system that no one entity controls.

Meanwhile, from the perspective of crypto outsiders (including many people, banks, and governments), anything concerning crypto is scary—no one controls it!—and decidedly not pragmatic.

But it is in this tension where Coinbase’s advantage lies. As a cryptocurrency company, Coinbase is built on and benefits from decentralized systems like Bitcoin. However, its primary business—a cryptocurrency brokerage—requires a strong and on-going relationship with the fiat world, including normal users, traditional financial institutions, and regulators. In order to interface with that system, it is first and foremost necessary to be pragmatic.

This pragmatism was most evident in Coinbase’s core products. First, we offered secure and simple crypto storage, which amounted to centrally storing decentralized currency. Second, we allowed people to purchase Bitcoin and Ether, which meant buying crypto with fiat currency. Each of these may seem like a contradiction in terms, but the demand was there. And making these two features "just work" for the greatest number of people required tradeoffs that narrowly ideological partisans of either fiat or crypto would likely not have made.

Anyone who owns cryptocurrency knows that it’s a prime target for Internet-based thieves. While the borderless and fungible nature of crypto makes it attractive, perhaps its most important feature is that cryptocurrency transactions are essentially irreversible. There’s no global reset button a government or bank can press to return stolen funds. Once crypto is gone, it is truly gone.

Given that cryptocurrencies can be lost or stolen without recourse, secure storage was important early on. Beginning users typically do not want to deal with the complexity of storing funds locally. Coinbase thus very quickly became a custodian of a large amount of customer funds, a role that is better understood today but seemed quite controversial in the early days of Bitcoin. Wasn't the whole point to be your own bank, after all? Wasn't storing coins at Coinbase defeating the point of cryptocurrency?

We had both a pragmatic answer to this and an ideological answer.

The pragmatic answer was that this is what customers wanted. Beginners often didn't want to deal with the complexity of downloading and syncing a wallet; they just wanted to buy and store crypto. And some advanced users, like fund managers, wanted another entity with the right legal certifications to store large amounts of money on their behalf. So just from the vantage point of serving customers, Coinbase had to serve as a custodian of funds from very early on. Moreover, Coinbase didn't just custody the funds – in most cases it retained sole root access to the private keys. This is what allowed us to send out password reset emails for the many customers who'd forgotten their password and wanted to log back in, sometimes months or years after their first crypto purchase. Password reset was a critical feature, but all of this seemed to be against crypto ideology.

However, there was also a long-term ideological answer: (a) providing these tools allowed beginners to eventually evolve into power users capable of custodying their funds locally and (b) crypto wasn’t necessarily about trusting no one, but more about giving you a choice of whom to trust. You could now choose whether to store funds on your own hard drive, or to keep them with a service like Coinbase, or to keep some at a normal bank. The advanced users who decided to self-custody (more on this shortly) kept the rest of the system honest, but perhaps you didn’t need every user to do that immediately to gain systemic benefit. And you definitely created more crypto users overall by providing storage capabilities than by offloading that to the user.

Now, of course some advanced users demanded decentralized storage as well. Indeed, some advanced crypto users were quick to point out that self-custody is “simple” to do. However, the same thinking was behind the “year of Linux on the desktop”, or the idea that Dropbox could be trivially replaced with command line FTP. Power users tend to underestimate technical complexity and undervalue convenience. And convenience is what the vast majority of people want.

With that said, of course Coinbase did provide tools for self-custody, both in the form of a decentralized Coinbase Wallet and in terms of the basic send/receive functionality available for all assets. We just made the pragmatic calculation that it would take time for beginners to reach that point of valuing and demanding decentralized custody, so we provided rest stops along the way.

One of the major use cases of cryptocurrency is buying and selling it for dollars and other fiat currencies. Satoshi may not have anticipated this use case, but (to say the least) it’s a very popular one!

To enable the seemingly simple operation of buying Bitcoin for dollars, Coinbase needed to maintain a number of relationships to the analog financial world. It needed not just API keys, but the regulatory and partnership work to comply with the traditional financial system. Among other things that meant:

These were the kinds of tradeoffs we had to make to keep the fiat rails open, to allow people to make the seemingly paradoxical choice to buy digital currency with fiat currency.

More than most technologies, crypto is inherently ideological. And that’s a good thing -- many of the early folks joined Coinbase because they believed in those ideals. However, by leavening those ideals with a dose of pragmatism, Coinbase built something valuable that millions of people use.

In particular, by allowing millions of people to buy their first cryptocurrency, we increased the total addressable market for new apps and services in the emerging crypto economy. I think we made the right tradeoffs. 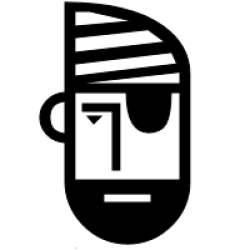