There is no privacy without financial privacy. The books you've bought, the places you've been, the people you've been with – all of this and more can be deciphered from a list of receipts. Yet right now, public blockchains like Bitcoin or Ethereum record information of this kind about you for anyone who looks at it — today or years from now.

In the past, we had a similar problem on the internet, where users were sending unencrypted data back and forth, unwittingly exposing themselves to eavesdroppers and identity thieves. The solution then was an encrypted web-browsing protocol for the public internet called HTTPS. We've developed a conceptually similar solution today for encrypted transactions on a public blockchain, called Zcash. Let's review the parallels, and the implications for financial privacy.

From HTTP to HTTPS

What would happen if you sent your credit card information over the internet without encrypting it? It's quite possible that your information would be stolen and used by someone nefarious. Thieves are constantly looking to sniff out and capture unencrypted information as it moves from computer to computer, looking for credit card numbers and bank account passwords.

But sending unencrypted information like this in so-called clear text was actually a common activity in the early days of the internet. That's because when the internet started, it was mostly populated by academics. It was a trusted network where most people knew each other and wouldn't misbehave. Thus, when Tim Berners-Lee invented the World Wide Web and the corresponding HTTP protocol for reading web pages, he didn't design it for an adversarial environment. He assumed that other WWW users were friendly academics, like himself. And for a time he was right.

But in March 1991 the NSF altered its acceptable use policy to finally allow commercial traffic on the internet, which began a period of explosive growth that we're still living through today. And with that growth came (a) money and (b) problems. In particular, once people started trying to use the internet for commerce, thieves arose that would try to listen to the unencrypted HTTP traffic for credit card numbers that were printed in cleartext.

The solution turned out to be encryption, though this was initially controversial. In the early days of the Internet, the NSA and others were concerned about the the potential use of cryptography by terrorists and criminals. This controversy raged for several years and was known as the First Crypto War.

A key moment occurred in 1994, when Netscape invented an encrypted web-browsing protocol called HTTPS, which enabled e-commerce and the modern WWW as we know it. As an example, this is what sending your credit card information over the Internet with and without HTTPS would look like to a would-be thief:

Once it became obvious that encryption was actually necessary for the safety of both individuals and businesses, the tide began to turn in the First Crypto War. Eventually even the NSA came to recognize that public access to encryption was far more beneficial than harmful.

Today, HTTPS is a requirement for transmitting data between computers on the internet. You used to see it in green lock symbols in web browsers. Nowadays it's so ubiquitous that the absence of HTTPs is cause for concern! Indeed, HTTPS is actually mandatory for all US government agencies, including those which were initially against public access to encryption.

Ultimately, the technology won because the World Wide Web was being used for commerce, and the only way to support safe and secure commerce on the Web was through encryption.

From blockchain to Zcash

That brief history lesson brings us to the present day. While HTTPS is now omnipresent, there's a new problem with financial privacy, and it's paradoxically present in cryptocurrencies – which the average user might be forgiven for thinking are naturally encrypted, but which actually leak financial information on the public internet.

The reason is that cryptocurrencies like Bitcoin and Ethereum work by broadcasting transactions and recording them on a world-readable public blockchain. Anyone that knows your address can see your balance, with whom you are transacting, the amount, date and time of all your transactions, and the frequency of transactions between you and others. Like the time before HTTPS, anyone can read anything.

To make this concrete, consider the relatively harmless case of crypto developer Con Kolivas, who accepted public donations for his open source work through the Bitcoin address 15qSxP1SQcUX3o4nhkfdbgyoWEFMomJ4rZ. His name is now mapped to that address, and recorded in block explorers like BTC.com. As shown below, the total amount Kolivas received in donations (703.51246006 BTC), the exact amount sent in each donation, and the number and timestamps of all donations are all permanently world-readable.

This is a relatively harmless case because Kolivas is a sophisticated user who was publicly soliciting donations. He knew that his address would be public on the internet and mapped to his name. However, consumers and businesses cannot allow all of their personal and commercial transactions to be publicly analyzable in such a manner.

That's why Zcash was invented in 2016. Zcash uses a cryptographic breakthrough called zero-knowledge proofs layered on top of the Bitcoin protocol, to provide a means for nodes on the network to verify that a transaction is valid – without giving them any information about the transaction, including sender, receiver, or transaction amount. If we think of a blockchain as a public ledger, fully shielded Zcash transactions don't print the from or to addresses of each transaction, or the amounts.

We can also understand the difference at the level of an individual's privacy by comparing the screenshot below of a Bitcoin transaction going to Con Kolivas versus the more limited data shown in a fully shielded Zcash transaction.

This is why we think of Zcash as analogous to HTTPs. It's a privacy-preserving digital currency on a public blockchain. Like HTTPS, fully shielded Zcash transactions prevent eavesdropping and protect financial privacy. Compare the figure below to the illustration above on HTTPS. In both cases, eavesdroppers can no longer see the financial metadata associated with appropriately encrypted transactions. 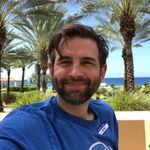 Founder and CEO of the Electric Coin Company and co-inventor of Zcash.

Head of Growth at the Electric Coin Company, creators of Zcash.